As a Hopi artist of the Water Clan, David says he “would like to be thought of as a painter of mythical or spiritual subjects.” His magnificent paintings are distinguished by his use of jewel-like colors and Hopi symbolism.

David Dawangyumptewa’s path to becoming an artist included stints as a stonemason, and lighting roadie for Jackson Brown and Linda Ronstadt. Raised on the Hopi  reservation, Dawangyumptewa attended many schools including the Institute of American Indian Arts, Haskell Institute in Kansas, and Northern Arizona University.

His art has been recognized with awards at the Museum of Northern Arizona, American Indian Heritage Foundation, and Santa Fe and Colorado Indian markets. While promoting his own art in museums and galleries around the country, Dawangyumptewa has expended great effort to bring art to the public via museum exhibit design, the founding of Flagstaff’s Festival of Arts, and high-profile arts advocacy throughout the state of Arizona.

The style and content of Dawangyumptewa’s work is reflective of his Hopi background and Water Clan affiliation.  His work is abstracted variations on traditional water symbols, frogs, dragonflies, and turtles and almost always contains figures interacting with animals.

Dawangyumptewa had a stroke – one that sent him into a coma and damaged his right side. Although he could not hold a brush, a pen, or pencil, Dawangyumptewa woke up to the burning clear realization that he wanted to continue to be an artist. After being right-handed all his life, he picked up his pen in his left hand and began to teach himself how to do his careful, detailed, precise art with his left hand. “I wanted my old life back,” he told me, “but I couldn’t have it, so I created a new life.” And so he did.

The Latest from Our Blog 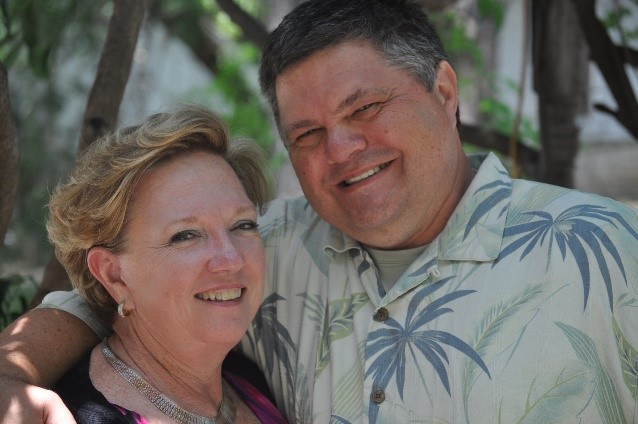 A Final Farewell from The Dancing Rabbit Gallery

The time is drawing near to close the doors, and I wanted to give each of you a heartfelt thank you for all of your support of me and The Dancing Rabbit Gallery over the years. It has been an exciting major part of my life, and I have learned a tremendous amount about Native … Read More

END_OF_DOCUMENT_TOKEN_TO_BE_REPLACED 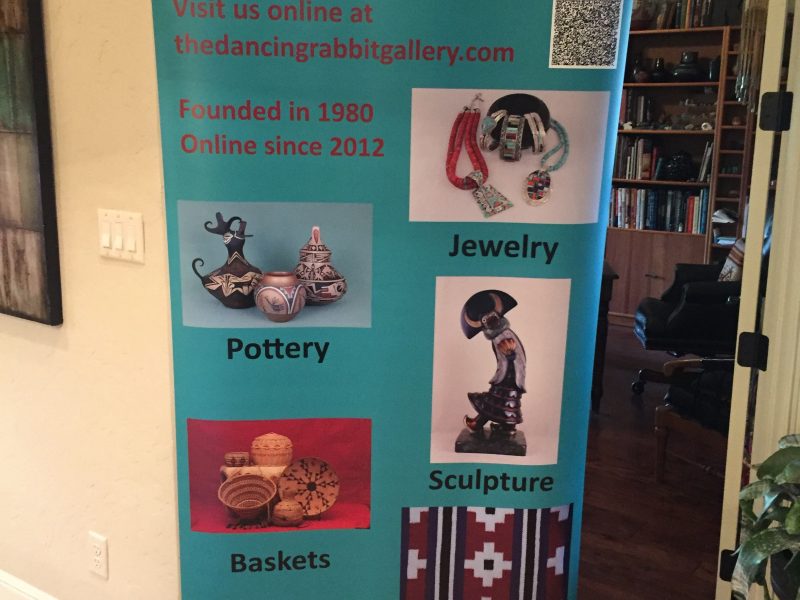 A MAJOR Change to The Dancing Rabbit Gallery

Earlier this month, we spent a Monday morning watching the funeral procession for Queen Elizabeth II, and we were very touched by the tributes paid to this wonderful monarch. For her entire long life, she worked diligently to improve the lives of her people, and by extension the lives of everyone on the planet. But, … Read More

END_OF_DOCUMENT_TOKEN_TO_BE_REPLACED 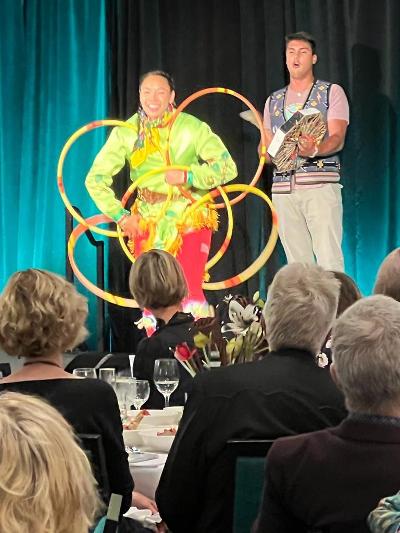 A Summer of Gala Scholarship Benefits

Most of us use Labor Day as the unofficial separator between hot summer days and the beginning of cooler fall. This past two years, with the pandemic lockdown and restrictions, many typical summer events went either postponed or virtual. It was, for almost everyone, very unsatisfying. This summer, Santa Fe saw the return of many … Read More

END_OF_DOCUMENT_TOKEN_TO_BE_REPLACED

Stay In The Know:

Special information is in the Stay In The Know monthly newsletter, available only to members – cultural insights, upcoming exhibits and fairs, and more of the stories behind the art and artists. Membership is FREE!

We promise to keep your email address completely confidential and secure.  You can unsubscribe at any time.

* We NEVER, EVER sell or disclose your email address to anyone!