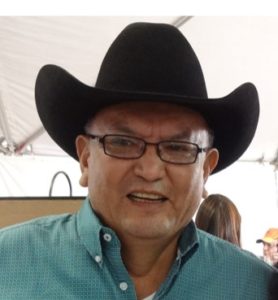 Abraham Begay, born in Ganado, Arizona, has been active in making traditional and contemporary jewelry since 1976. He grew up attending reservation boarding schools, after which he attend Phoenix College.

Abraham grew up in a family of silversmiths and credits his family with sparking his interests to learn silversmithing. He is self-taught, although there were plenty of relatives to guide his first attempts. Abraham’s jewelry designs are said to be “poetry come alive” through silver. His contemporary pieces blend high tech with traditional aspects making his jewelry highly sought after by collectors. Abraham displays multiple talents in his fine silverwork and intricate inlay. He builds his jewelry for balance with fluid symmetry, as well as function. He calls upon his religious and cultural backgrounds to blend ancient designs with modern technology. Abraham incorporates the four sacred directions with stones of turquoise, mother of pearl, abalone and jet in his elaborate work. His workmanship is excellent and his designs are often dazzling.

Abraham Begay has won numerous awards and recognition for his beautiful jewelry compositions of intricate inlay. Most recently he won Second Place at the 2016 Cherokee Art Market in Tulsa. He has also won juried shows in California, Montana, and Oklahoma.