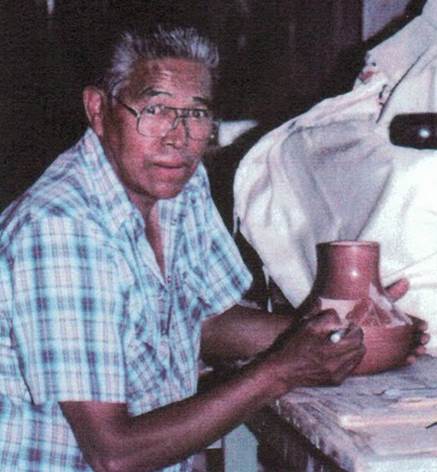 Alfred Aguilar, potter and painter, is the son of Rosalie and José Aguilar, famous potters of the past.  He is best known for his pottery buffalo figurines and pottery nacimientos sets, although he also makes the traditional black and red ware known to San Ildefonzo.  After serving in the Air Force during Korea, he has been a teacher’s aide and classroom instructor at the pueblo. Aguilar and his son, Michael, operate a family gallery at the pueblo. Having won numerous awards, Aguilar’s art is well represented in museums, are galleries, and in private collections.