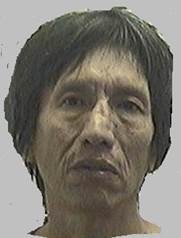 Hand thrown traditional pottery is Alvin Baca’s specialty. He learned to make beautiful melon shaped pottery from his mother, acclaimed potter Angela Baca and his grandmother, Severa Tafoya. He began making pottery while a teenager in the early 1980s.  While his mother’s melon pots are usually low and wide, Alvin’s have a more slender and graceful shape. He is most noted for his undecorated red melon bowls. Alvin creates beautifully symmetrical pots and finishes them with incredible polish and firing. In his late 40s, Alvin has been a successful potter for a number of years. He produces both black and red ware melon jars.