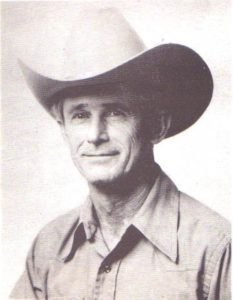 Bob Bell was born to Judge and Mrs. Robert J. Bell, Sr. during the pre-depression years at McAlester, Oklahoma. Bell grew up with a love and respect for animals and the heritage he portrayed in his original bronzes. After graduating from the Oklahoma Military Academy, Bell served with the United State 3rd Marines in WWII and was wounded in action on Iwo Jima. After the war, he earned his B.S. degree in animal husbandry from Oklahoma State University and went on to manage a large ranch, Dillingham Ranch, Inc., and to eventually own and operate the Bell Ranch in Okmulgee, Oklahoma.

Bell is a natural artist. He carved wooden animals, tooled his own belts, holsters, and bridles beautifully with a gifted and sensitive hand.  He created his bronze sculptures with the same sensitivity and authenticity. In searching for a better means of expression, Bell found wax to be his true medium, with the ability to capture the details of the Indian culture, wildlife, and the contemporary cowboy. The Lost Wax process allowed him the means to mold lasting representations. He mastered the art of casting his own pieces in bronze, thus gaining a fuller appreciation of the intricacies of the craft – each a complete story with its own humor or pathos- each created with the skill, perfection, and authority of a true professional artist.

Bell won numerous awards throughout the state of Oklahoma and the nation. He was a master Artist of the Five Civilized Tribes Museum in Muskogee. His commissioned bronze, Dripping Springs, stands in front of the Okmulgee City Hall. In 1982, Mr. Bell was commissioned to do a sculpture that was placed at Point Barrow, Alaska at the Wiley Post and Will Rogers Plane Memorial.