“I continue in the heavy silver work of my father. My culture, tradition, and the Navajo way guide me.” 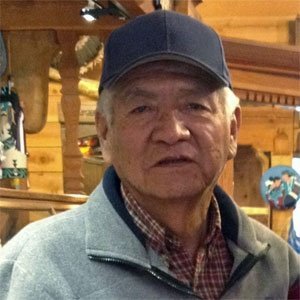 Dan Jackson is an award winning Navajo silversmith who is best known for his meticulous “rug pattern” etchings in silver and gold.

Living true to the culture and traditions of the Navajo way of life, Dan keeps horses and sheep, but creates silver and gold jewelry that typically incorporates rug patterns in brilliantly executed overlay designs. With a variety of finishes – textured, polished, matte, darkened – and meticulous workmanship, these intricate designs take on a very contemporary, urban allure.

Dan says, “I learned silverwork from my father, who worked with silver until he was 95. The rug designs on my (jewelry)…come from my mother’s weavings….I continue the heavy silverwork of my father.” His hallmark signature on his jewelry is the Hogan, the traditional home of the Navajo—“a gift to the Dine by First Man. This round structure of earth and wood embodies the framework of Navajo life: the circular nature of life. All things are alive and composed of two parts–it is the joining of these two parts which make the whole and thus create balance and harmony.” Dan brings this notion of balance and tradition to the meticulous silver of his jewelry.

Dan learned silversmithing from his father, John Nez Begay, who made jewelry for over 80 years, and lived to be 106 years old.  His mother, Bernice Charlie, was a weaver and is the source of Dan’s inspirations.   He tells of his mother visiting him in a dream, where she stirred him to create his now famous triple overlay rug design jewelry.

Dan’s formal education is in engineering.  He worked for the Bureau of Indian Affairs for 20 years.  After being injured in 1985, Dan needed another way to support his family (4 daughters).  Being an accomplished silversmith, it only made sense to him to devote his time to making jewelry.