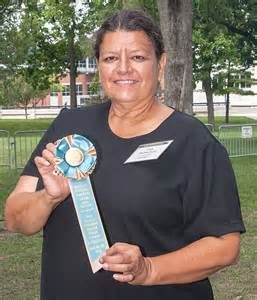 Lisa Rutherford (Cherokee Nation) lives on a cattle ranch in Cherokee County, and worked in Cherokee Nation’s tribal administration office for many years before becoming a full-time artist. She is a living history interpreter and has demonstrated cultural arts of the 18th century at many venues, including Colonial Williamsburg, VA, the National Museum of the American Indian, and Diligwa Village (ca. 1710) at Cherokee Heritage Center, and George M. Murrell Historic Site (ca. 1850).  In 2005, she began working in clay, making ancestral style pottery with hand-dug clay and fired in a pit. She also makes contemporary pottery and is an award-winning sculptor as well.

Rutherford is also known for her textile work, including southeast applique beadwork, feather capes and mantles.  For her living history interpretation, she demonstrates many art forms and makes her own clothing, moccasins, jewelry and accessories. She also makes shell jewelry from the pink freshwater mussel known locally as the Wilma Mankiller Pearl.

Her work is in the collections of the Smithsonian Museum’s National Museum of the American Indian, the Eiteljorg Museum of American Indian and Western Art, and the Fred Jones, Jr. Museum at the University of Oklahoma.