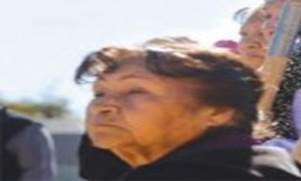 Margaret Trujillo created striking micaceous pottery using strong simple forms enhanced by fire clouds. It is the traditional pottery from Taos dating to the mid-1500s; it is what she was known for creating. She won several awards for her pottery.

She and Henry Lujan were married at Taos in 1946 where they lived and participated actively in their pueblo community.