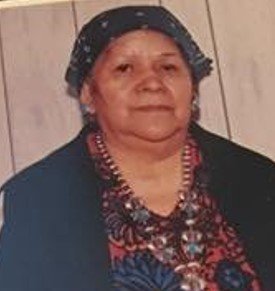 Myra spent her younger years in California where she attended Riverside Sherman Institute. She then later worked for Richard and Bernice Vanderwagon.

Myra taught herself the art of jewlery making. She created each design and did all of the work on each piece she made.  Myra began making beautiful jewelry with finely cut stones in 1937, continuing until just before her death in 2008.

She had two sons, Byron Nastacio and Elliot Qualo; and three daughters, Lorraine Nastacio, June Qualo and Matilda Qualo. Many of her children also created jewelry, following her teaching and guidance.