Every culture on this planet has its own traditions.  After all, that is what helps to establish and continue a culture – the ways in which we do things.  Understanding the traditions of a culture can give us a lot of insight into what the culture values, and also gives common ground for discourse and trade. 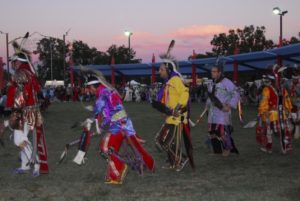 Interweaved among these traditions are instructions, handed down from generation to generation, carefully honed by centuries of experience, that help us navigate through life.  We’ve often heard the joke that babies come without users manuals, but in reality they do.  In days gone by, villages raised children, and everyone was involved in making sure that rules were learned and sanctions for bad behavior were clearly understood.  I knew, when I was a small child, that if I did something wrong at a neighbor’s house, I would be scolded by that mom, and she would tell my mom so I would be scolded again when I got home.  That network of everyone helping everyone seemed to work fairly well.  At least it do for me.

So we grow up knowing one culture and one way of doing things.  Exposure to different cultures can be somewhat jarring, as they may do things in different ways.  Our natural responses, when faced with something different, are to reject it as somehow bad, to try to change it to what we already know, or to learn from the differences and understand that different cultures can coexist in harmony.

Unfortunately, the history of the Anglo hasn’t been particularly understanding.  As European settlers spread from the East coast toward the West, many of them brought with them a conversion doctrine. “My way is right,” they said, “so you should change your traditions to look like mine.”  This doctrine led to unbelievable levels of suffering and outright disaster for the Native Americans.

Today, I hope and pray that we are learning from these past tragedies.  Different does not mean better or worse than my perspective, it just means different.  We can learn so much from different cultures, different ways of doing things, different perspectives on how we live in this world.  The more that we learn, the less that we fear, and the more suited we are to take good pieces from each culture to enrich our own lives.

My many friends of different cultures know that I have an almost insatiable appetite to learn about their cultures.  I know that there are certain boundaries that cannot be crossed, and I completely respect those who politely tell me that certain areas are off-limits.  I think my friends know that I am not being nosy just to be nosy, but I am asking questions because I really want to know and understand, as best I can, their lives and their perspectives.

Each culture adds different strands of color to the rich tapestry that is humanity.  When we have a chance to step back and look at the overall composition, it is simply stunning in its complexity and richness.  The languages, the songs, the arts – they all give voice to this vibrant story.  I write these blogs to tell my part of the story, but also to try to shine some lights on the many varied traditions of the Native Americans of the Southwest.