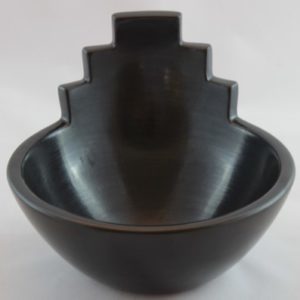 From the dawn of time, humans have celebrated the arrival of new infants as a blessing on the household, and a life of potential to be treasured. There are many ceremonies that are associated with this arrival, such as the pueblo Native Americans use of a naming bowl when the child receives his or her tribal name.

The naming bowl, a lovely piece of pottery carefully crafted by a highly significant family member, contains the corn meal used for blessing of the infant during the naming ceremony. Various other tribal peoples, such as the Dine and Cherokee, also have a naming ceremony for infants. These ceremonies are deeply spiritual as the clan welcomes a new member, with unlimited potential for his or her life ahead.

The annual anniversary of that arrival has been cause for celebration, as yet another cycle around the sun is completed by that person. With the creation of calendars, we can now keep track of the specific date of that anniversary.

But some of our ancestors came before we had access to calendars and specific dates. We know that great grandmother, for example, was born in the spring, and roughly at the end of the nineteenth century, but the specific details may be somewhat elusive.

Not knowing a specific date, however, is no reason not to celebrate the anniversary and memory of that person’s arrival on Mother Earth.

At The Dancing Rabbit Gallery, we celebrate the birth anniversaries of our artists, though there are many for which we have no specific date. Even more challenging is the art created by these artists that is not signed, a cultural aspect derived from clans producing their art collectively prior to the development of the “tourist trade” in the early 20th century. Only when artists began signing their works could we definitely attribute a specific work to a specific artist. We might know, for example, that the jewelry was made in the style of the Zuni peoples, or the pottery was made in the San Ildefonso style, but not with specific dates or attribution.

We have reached out to our current group of artists to ask for assistance in identifying the birth anniversaries of their ancestors, so that we could honor their lives and their memories on the anniversary of their arrival on Mother Earth. That has helped us a bit, but there are some dates that are just not identifiable with any degree of accuracy. So we have decided to set aside specific dates in December, the month when Mother Earth slumbers the deepest, to honor a group of artists collectively and to pay respects to the vintage artwork that represents their creative achievements as artists.