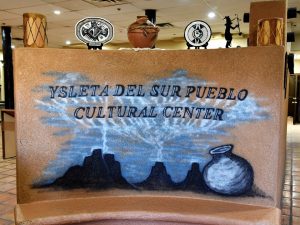 Those who frequent the New Mexico area, or are knowledgeable about the pueblos of New Mexico, are very familiar with the 19 active pueblos in the State. From Zuni to the far west all the way up to Taos in the northern mountains, these pueblos have been around for many years. In fact, Zuni and Taos often gently discuss which of their pueblos is the oldest continually inhabited pueblo, both claiming the title with a thousand years of history behind them.

Each of the 19 New Mexico pueblos has a defined geographic area, and each has its own governmental bodies and court system. One of the somewhat fortuitous aspects of being Federally recognized land, not part of the New Mexico state jurisdiction, is that the pueblos are permitted to operate gambling casinos on their lands. Many of them have done so, bringing in significant amounts of funding to the pueblos for infrastructure and educational needs.

The 19 New Mexico pueblos have cooperated to create the Indian Pueblo Cultural Center in Albuquerque, and this venture has expanded into hotels, restaurants, gas stations, and other profitable enterprises. As a member of the IPCC, I enjoy going into the high-quality museum in the Cultural Center, and then enjoying a wonderful traditional meal at the Indian Pueblo Kitchen, formerly known as the Harvest Café and recently reimagined into a teaching kitchen and restaurant. At the same time, the well-stocked gift shop, Shumakolowa, has been renamed the Indian Pueblo Store.

One would rightly assume that the Cultural Center has brought together the very diverse pueblos of New Mexico under one commercial umbrella to educate and present the 10,000-year-old story of Native Americans living in New Mexico. To the west and north, Native American tribes such as the Navajo, Ute, Hopi, and Apache can be found with their own defined geographic areas, but none have the same origin or settlement characteristics of the Puebloan groups. However, due to the 1845 negotiation between the United States and the country of Texas, when the two groups merged, Texas gave up substantial territories in what is now New Mexico, Oklahoma, and Colorado and caused one pueblo to become legally separated from the rest. It is the twentieth pueblo, Ysleta del Sur Pueblo (YDSP).

Ysleta del Sur is quite unique among the Puebloan peoples in that it is located in the State of Texas rather than New Mexico. It is only a dozen or so miles from El Paso, and is comprised of over 4200 Native Americans of the Tigua people. The pueblo was created over 300 years ago, as the Tigua people relocated to avoid conflict with the Spanish conquistadors, who were taking over the American Southwest in the name of the Spanish King. The peaceful Tigua people were primarily farmers and ranchers, focusing on crops such as wheat and corn, and managing herds of cattle, sheep, and horses. 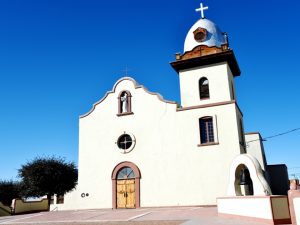 As with other pueblos, Ysleta del Sur is a federally recognized jurisdiction, and has its own governmental bodies. Their enterprises are oriented toward infrastructure and education, and they are a significant source of employment both for their own Tigua people as well as surrounding communities. The Ysleta del Sur is flourishing, and a number of well-regarded artists are producing beautiful art in pottery, jewelry, paintings, and other forms.

A few years ago, we had a chance to meet and talk with one of these Tigua artists, Albert Alvidrez. He was happy to educate us about the Ysleta del Sur Pueblo, and invited us to come visit when we had a chance. The pandemic unfortunately shut down the Pueblo, as it did with much of the world, but now that the Pueblo is reopening, we hope to take a trip down to this pueblo and visit with Albert and other Tigua artists.

If you are ever in the El Paso area, even if you are just passing through on I-10 headed east or west, consider dropping in to visit the Ysleta del Sur Pueblo for a few hours. The Tigua people are warm and friendly, and I think you will thoroughly enjoy the visit. It is the twentieth pueblo, but it is also the only pueblo in the State of Texas. And if you are of a mind, Ysleta del Sur Pueblo also has the only legal casino in the State of Texas at this time.

Time to expand our horizons, everyone!