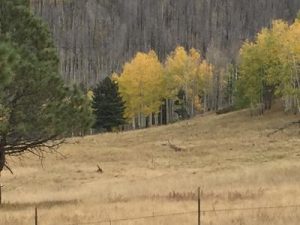 In the news, we often see stories of volcanic eruptions along the Pacific Ocean “Ring of Fire,” or in areas like the Big Island of Hawaii or Iceland, where active volcanoes continue to bring fiery magma to the surface and devastate the surrounding land. We don’t often hear about volcanoes in the American Southwest, as these volcanoes erupted millennia ago and are somewhat dormant. Somewhat, in that there are still enormous molten magma chambers down in the earth below them, but hopefully the eruption cycle will be many, many years out in the future.

Very simplistically, continued movement in the tectonic plates that ride on the earth’s inner core sometimes cause weak spots to open, and the hot magma forces its way to the surface. We see evidence of this throughout the American Southwest, with massive lava beds spread over New Mexico and Arizona. The tectonic plates, when they collide with each other, also cause mountain ranges to rise up with a great amount of friction between the plates. The San Andreas fault is familiar to many, particularly those who have lived in California and felt the earthquakes that result from the friction between the plates. And yes, that is extended around the Pacific Ocean to the previously mentioned Ring of Fire, which has more active volcanoes stretching from the southern tip of South America, up the west coast of the Americas, across the southern rim of Alaska to the western parts of Russia, Asia, and down all the way to New Zealand.

Within this Ring of Fire, there are quite a few active volcanoes that are familiar to us. The most active volcano in the world is Kilauea on the Big Island of Hawaii (and there is another volcano emerging from the Pacific Ocean just south of the Big Island, which will be a large island of its own in a few million years). But others, like Mount Fuji in Japan, Popocatepetl in Mexico, and Krakatoa in Indonesia are still active, with Krakatoa’s most recent massive eruption in 1883.

As Michael and I drive through the American Southwest, we can see ample evidence of prior volcanoes. The Valles Caldera, just on the other side of the Jemez mountains from Santa Fe, is the remaining caldera of a super-volcano that erupted and covered much of the current State of New Mexico with lava. It is similar in size and importance to the more popular Yellowstone super-volcano, which produces daily heated water geysers from the chambers of heated magma below the surface. 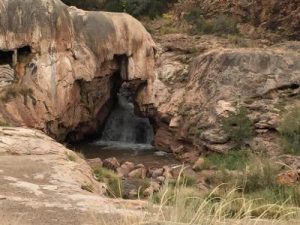 The Valles Caldera, about 14 miles in diameter, is a great basin to drive through, and one can often observe large herds of elk and occasional grey wolves meandering about. The Valles Caldera last erupted over a million years ago, and one can only hope that it is another million years before it erupts again, as it would blanket much of North America under a thick layer of ash and stone. Much of the beautiful Pajarito mesas, including the home of the Bandelier cave dwellings, was formed during that prior eruption. The most recent eruption of Yellowstone, by contrast, occurred a much more recent 630,000 years ago, though the tremors and heated geysers indicate this is a much more active caldera.

Many would say this is so long ago, it predates humans living in the area, and many of the current types of animal life as well. However, one only needs to travel to Sunset Crater, just north of Flagstaff and a part of the San Francisco mountain chain that looms to the north of Flagstaff, to see a much more recent example of the unpredictability of volcanoes. Michael and I took a trip to Sunset Crater a few years back, as part of our exploration of the National Park system. We learned that this new mountain was formed only 1000 years ago, erupting fiercely in 1085. There were quite a few Native Americans living in the area at the time, and those who were fairly distant from the eruption and also fleet of foot managed to outpace the outpouring of lava, ash, and other ejecta. Imagine how it might ruin someone’s day to have a large ten-ton boulder come crashing into their village. We often see portrayals of Italy’s Mt. Vesuvius erupting in 79 A.D., and this would be fairly similar.

The eruption of volcanoes changes the landscape for centuries. Not only is there a potentially large new mountain or a remaining crater, but the lava spills over the existing terrain and blankets the earth. Mother Nature is tough, however, and finds a way to plant new flora into the cracks and crevices of the cooled lava. As we hiked some of the trails at Sunset Crater, we marveled at the pines coming up through the lava fields, breaking down the lava into a semblance of soil over time, and providing homes and nutrition to lots of smaller wildlife.

The next time you take a trip along Highway 550 north of Albuquerque, possibly headed to Jemez Pueblo or Jemez Springs, or even if you just want to take the long, more scenic route back to Santa Fe, consider the type of land you are passing through. As you dip into the Valles Caldera, and see the vast meadows that currently serve as home to the large elk herds, and see the surrounding forests of pine and aspen, keep in mind that this snapshot of Mother Nature is transitory, as the earth continues to change around us. We ephemeral humans with our ridiculously short lifespans can only see what is currently here, and sometimes see transition around us like the frequent eruptions at Kilauea in Hawaii, but only if we consider the millennia of historical records constructed by dedicated scientists, can we begin to appreciate the massive structural changes that Mother Nature has wrought.

Many of these changes are documented in the oral histories of Native American tribes, providing both insight to their cultures and a better understanding of their close relationship to Mother Earth. Much of the artistic inspiration of Native American artists of the American Southwest arises from this relationship, transferred to us as symbols, petroglyphs, vivid colors, and other representations. That is one reason why I love the art of the American Southwest so much – it tells such a deep story of the beautiful land and the peoples who live in harmony with it.