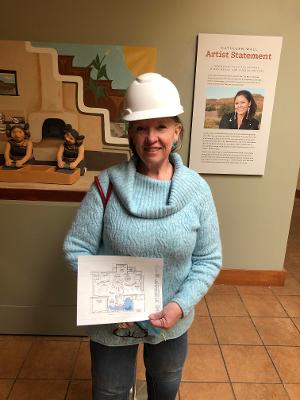 Happy New Year, my dear friends and family! May you be blessed during the year with good tidings and joy!

In mid-December, I had the opportunity to take a behind-the-scenes construction tour of the new exhibit area in the Museum of Indian Arts and Culture (MIAC) in Santa Fe.

This exhibit, which is about five years in the making, is well underway and expected to open around the first of July. Carefully guided and narrated by members of MIAC and the Laboratory of Anthropology, the upcoming exhibition promises to be inspiring and educational, and will certainly become a “must-see” for any Santa Fe residents or visitors. 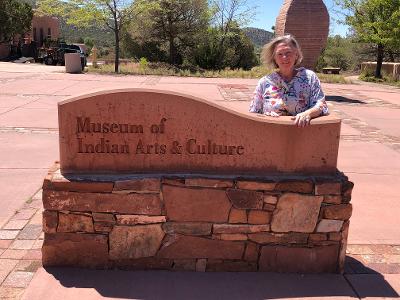 The focus of this major exhibit is to tell the story of the Native Americans as they emerged from Mother Earth, spread throughout the Americas, and developed deep spiritual and cultural traditions reflecting their belief systems. Unlike many museum spaces, which display artifacts and some information about the artifacts, MIAC is striving to use the artifacts from their vast collection to bring to life the stories which give so much meaning to the journey Native Americans have traveled.

Live size structures are embedded in the exhibit, such as a Navajo hogan, an authentic replica of the old Jemez Trading Post, and numerous seating areas with ample room for video presentations and school tours. The exhibit is meant to be absorbed over time, not hurried through in a few minutes. 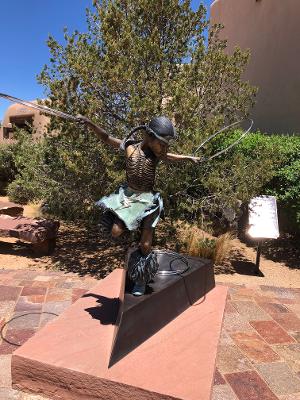 These starting points also reflect the incursions of Europeans into North America, with the Spanish and other conquering nations materially impacting the Native American peoples, often eliminating them completely by bringing disease, war, and relocation to subsistence-level reservations. While not the only driving theme of the exhibition, this significant redirection is acknowledged and explained in an honest and unbiased manner. 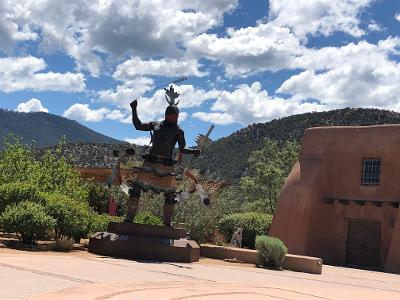 The exhibition is several thousand square feet, and is built using the most current artistic conservation and exhibition techniques available to any museum. MIAC is one of eight museums in New Mexico that are operated by the State Department of Cultural Affairs, and financially supported by the Museum of New Mexico Foundation. Each spring, the Museum hosts the Native Treasures market, and also sponsors a new Living Treasure artist into their hall of fame. Native Americans are closely involved in the planning and operation of the exhibitions and are carefully consulted as to the best and highest way to represent different aspects of their cultures.

If you want the real story, take a trip up Museum Hill to MIAC and spend a few hours. If you are in need of refreshment, I highly recommend the Museum Hill Café in the courtyard, but make sure you either have reservations or are observant of their operating hours. Your time on Museum Hill will be well spent.