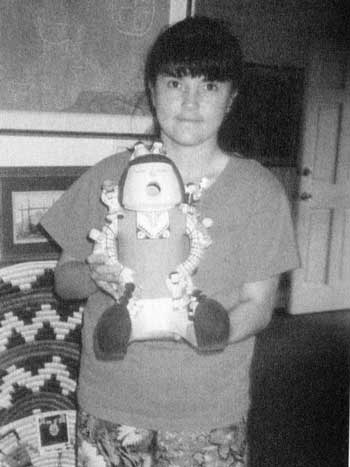 Elizabeth Buffy Cordero Suina of Cochiti Pueblo learned to make pottery from her famous grandmother, Helen Cordero, and her father George Cordero who both guided the development of her pottery making beginning in 1985. Buffy was strongly influenced her family’s style and techniques. She was a good student, who became an excellent potter in her own right. She is known for her traditional polychrome storytellers, figures, drummers, animals, turtles, jars and bowls.