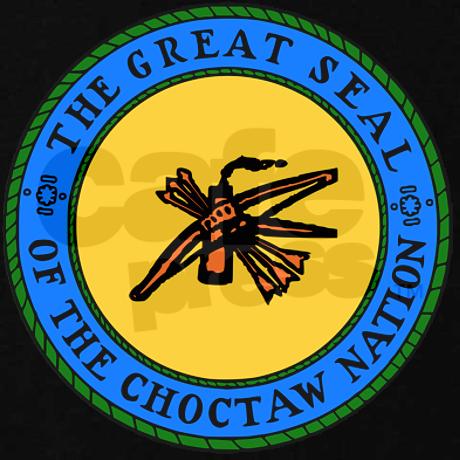 Choctaw is pronounced “CHOCK-taw.” It comes from their tribal name, Chahta, which was the name of a legendary Choctaw leader. The Choctaw are original people of the American southeast, particularly Mississippi, Alabama, Louisiana, and Florida. Most Choctaw were forced to move to Oklahoma in the 1800’s along the Trail of Tears. Their descendants live in Oklahoma today. Some Choctaw escaped by hiding or pretending to be white, and descendants of these people are still living in the original Choctaw homelands. Trail of Tears was the Choctaw and Cherokee name for what the Americans called Indian Removal. During the 1800’s, the US government created an “Indian Territory” in Oklahoma and sent all the eastern Native American tribes to live there. Some tribes willingly agreed to this plan. Other tribes didn’t want to go, and the American army forced them. The Choctaw were one of the southeastern tribes forced to move to a new location in Oklahoma. Most of them had to go on foot, and thousands died of exhaustion and disease. It was a terrible time in history. Many called the Trail of Tears the “Long Walk”.

There are two Choctaw tribes today. The Mississippi Choctaws live on a reservation, which is land that belongs to the tribe and is under their control. The Oklahoma Choctaws live on trust land. Each Choctaw tribe has its own government, laws, police, and services, just like a small country. However, the Choctaws are also US citizens and obey American law. In the past, the Choctaws were led by a council made up of two chiefs from each Choctaw band. Today, the Choctaw chief and councilmembers are popularly elected, like senators and governors are.

Choctaw men were hunters and sometimes went to war to protect their families. Choctaw women were farmers and also did most of the child care and cooking. Both genders took part in storytelling, artwork and music, and traditional medicine. Traditionally the chief was always a man, but today a Choctaw woman can be chief too.

In the past, the Choctaw people lived in settled villages of houses and farmed small cornfields. Choctaw homes were made of plaster and river cane walls, with thatched roofs. These dwellings were about as strong and warm as log cabins. Most Choctaw towns also had a ball field with benches for spectators. If a Choctaw village was near the border, it often had palisades (reinforced walls) around it for protection. The tribe regularly traded with all the other Southeast Native Americans. These tribes communicated using a simplified trade language called Mobilian Jargon. The most important Choctaw neighbors were the Chickasaws. Long in the past, the Choctaws and Chickasaws used to be the same tribe, but then they split. After that, the two tribes sometimes fought each other, and other times were allies.

Before the Trail of Tears, the Choctaw were famous for their river cane baskets and woodcarvings. When they were forced to move to Oklahoma, the Choctaws couldn’t get the materials they used to use for some of their traditional artifacts, so they concentrated more on other crafts such as painting and beadwork.