It may be an artifact of the expansion of European immigrants through the United States in the last century, or it may be a fundamental cultural change.  I am not sure what is driving it, but we seem to be losing our ties to our extended family. 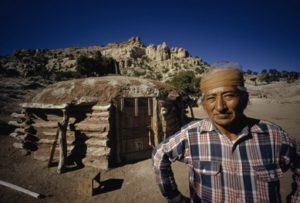 In centuries past, families would stay together.  Children would grow and marry, and their families would either remain in the parent’s home or in a house with very close proximity.  This was true across all cultures, as the world was primarily agrarian and extended families were required to work the farms and ranches.

And to a degree, I am sorry to say, this happened to me as well.  As I moved with my husband and children around the Southwest, my visits to my parents and grandparents became much less frequent than they were when I lived in the same town.

One of the most admirable aspects of the Native American culture, in my opinion, is their continued respect for and support of their elders.  As contained communities, the pueblos are easier situations to maintain this support, but I have often commented on the strength of family lineages and traditions.

For tribal Native Americans, this is more of a challenge.  Many of the Plains Indians were more migratory in centuries past, following herds of game and moving from water source to water source.  Today, as the tribal Native Americans are bound to Federal reservation lands, they face significant choices in their lives.  Should one stay in the hogan or home in which one was raised, or move to an Anglo community?

There are no easy decisions, but the ramifications of these decisions can be profound.  As children move away, the extended family is separated, and parents are left alone without children or grandchildren.  The Navajo people, in particular, enjoy distance between their neighbors, which means an individual hogan might be separated by miles from the next hogan.

Sometimes these hogans are readily accessed by State or Navajo roads; other times they tend to be difficult to access.  As a result, many of the hogans have limited or no access to health services, electricity, or even fresh water, making living conditions challenging.

That separation, combined with the breakdown of extended families, can cause tremendous difficulty for older Native Americans with no extended family nearby.  Recognizing this, several programs have been developed for outreach to these elders.  DIGDEEP is one such non-profit program, trying to bring access to clean water to homes on the eastern part of the Navajo Nation.  Another, Adopt A Native Elder, has been bringing water and other necessities to Navajo elders for the past three decades, enabling them to live in dignity and health in their own homes.  There are other similar programs, some small and grassroots and some organized and run by individual Navajo chapters.

Much of the living conditions in the Navajo Nation are a result of the dry, volcanic land itself.  Water sources are few and far between, and natural resource mining has resulted in some contamination of much of the water sources that are on these lands.  But we can do something about it if we wish – digging wells, creating clean water lakes, removing pollution and heavy metals contamination from existing ground water and rivers, and insuring that every Navajo elder has an adequate supply of clean water.  We can all become part of their extended families, either with our physical, volunteer presence or with our pocketbooks.

Without our elders, we would not be here.  We would not have our traditions, our ways of life, and the richness that they have provided for us.  Now it is time for us to step up and make sure that our elders have what they need for happy and healthy lives.  Make a difference in an elder’s life by helping where and when you can – and by staying connected with the extended family for sharing their lives enriches our own.